See what’s become of me” (Simon & Garfunkel 1966). The things one remembers, the things one forgets, in the quick-quick-slow foxtrot of life. Wondering at 30, when the brain feels too full already, how memory can still be possible at 50, but somehow at 50 managing it with ease. And wondering at the selectivity of memories that pop up over and over, when others are forgotten—like the last time I felt truly affronted at being treated like a child. In the hallway of a Spanish hotel, my Dad quickly responding to my choking on a hardboiled sweet going down the wrong way by bodily upending me. The indignity! I was, after all, eight years old, and well past the stage of being picked up by a parent, this stance perhaps embellished by my being surrounded by adults; my parents and older siblings, then about 13 and 15, so adults to an eight-years-old’s mind. This fall, I’ve been reflecting on time quite a bit, and thinking about other writers’ reflections on time too.

I came to Italo Calvino’s Cosmicomics only in the last few years, although they were published in Italian in 1964-65, and English in 1968. Each of this series of twelve stories begins with a scientific fact, or at least something understood to be scientific fact in the mid-1960s. Narrated by Qfwfq, a reincarnated Being who morphs from shape to shape, retaining memories from the inception, the stories follow the development of the Universe from the beginning of Time. Although each conscious form is true to its own nature, the stories offer very human reflections on love, complicated relationships, evolution, extinction, the search for signs, writing, and the urge for immortality.

I read physicist Alan Lightman’s Einstein’s Dreams when it was published in 1992. Told as a dream diary of the young Albert Einstein as he works out the theory of relativity, each of the thirty brief chapters explores a unique conception of time, and its impact on day-to-day life and being. Similarly to Calvino’s work, Lightman brings scientific concepts into his imagined time conceptions, although some may be pushed beyond their known limits. If time stood still, for instance, parents would forever hold fast to their children; if time were circular, we would be fated to return to our successes and failures ad infinitum.

Most recently, I enjoyed psychiatrist Francois Lelord’s Hector and the Search for Lost Time (2012, translated from the French, Hector et le temp, 2006). I stumbled onto the Hector series after watching Simon Pegg as Hector in the 2014 film, Hector and the Search for Happiness, based on Lelord’s Le voyage d’Hector ou la recherché du bonheur (2002). Hector’s examination of time takes him on an adventurous trek across continents, as did his previous searches for Happiness and Love. While Calvino and Lightman based their imaginative explorations, however loosely, on scientific constructs, Lelord focusses on lived and cultural perceptions of time. Lelord counters our current cultural anxieties about pressured time, our sensed lack of time, with alternative cultural constructs of time that encourage an expansion of our perceptions of time, allowing us to take a breath.

At this time of year, when Father Christmas “Did gyre and gimble in the wabe” (or some such, with apologies to Lewis Carroll, 1872), as we ring in the New Year (at least on the Gregorian calendar, 1582), and “settle our brains for a long winter’s nap” (thank you Clement Clarke Moore, 1822), this is a time of reflection, when memories stir. Tonight, I hope you’ll join me in reflecting on the past, as we move into a bright new future. 2017. Bring it on! 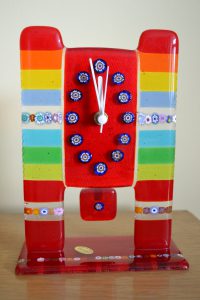 ©Catherine Jenkins this last day of 2016 all rights reserved