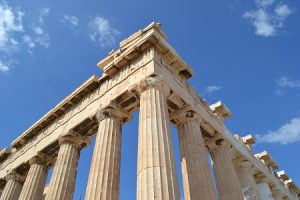 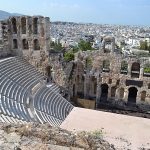 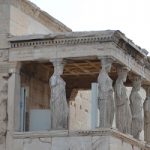 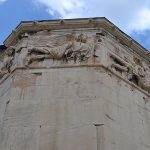 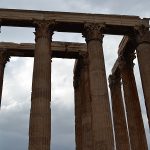 I didn’t come home directly from Rome. A friend offered me their couch on the Greek Island of Paros. How could I refuse? Paros itself is a less touristy island, so a great place to get a more authentic feel of Greece. Lots of sun, lush growth, and ubiquitous white architecture with blue trim. 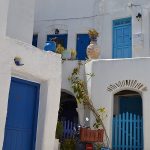 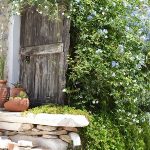 Every night we enjoyed a meal at a different restaurant, often on the harbour. Each restaurant supports its own local cats who beg for table scraps, and occasionally something extra from the kitchen. I was pleasantly surprised that most cats I saw seemed to be in very good health, thanks in large part to the Paros Animal Welfare Society (PAWS). 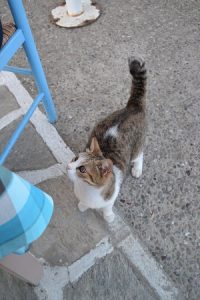 As is typical of islands the world over, Paros also offers a variety of ferries to other islands. We enjoyed a day-trip to Mykonos via the ancient sacred island of Delos, purported to be the birthplace of the god Apollo. No one lives on Delos and no overnight accommodation is offered. Alighting in the harbour is like stepping onto the set of Time Team or some other archeological adventure. Tourists can wander throughout the site, although some buildings are cordoned off, while others are under reconstruction. The challenge is that the trails aren’t always well marked, some are quite rugged and hilly—and your tour boat has a schedule that won’t wait! Even considering these factors I felt I had a good explore and took lots of photos. 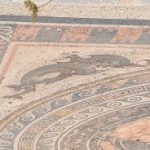 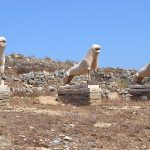 Mykonos is heavily touristy, but despite this, it has a unique and pleasant feel. The harbour is packed with yachts of the famous and conspicuously rich. Even though it was filmed on Crete, the presence of a series of windmills in the main town of Chora brought back memories of seeing the film the Moon Spinners as a child. Little Venice along the harbour features amazing sea views from a variety of restaurants that share a walkway above the sea. Mykonos struck me as a place I’d like to return to sometime, maybe with more time to explore outside the town centre. Lots more Greek islands to explore too! So I suspect I’ll be back. 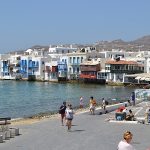 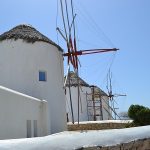