I’ve been doing this (very informal) social experiment for the last six months. My cell phone died—again—except this time I couldn’t find a replacement battery. So I decided to go without for a while, just to see what that was like. Overall, it’s been very liberating. I feel lighter. I still have a landline (old school, I know), as well as e-mail and limited social media, so it’s not like I’ve vapourized completely. It’s just that for some periods each day, I’m less readily available. Given that I’m teaching some part of most days, I can’t have my cell phone on anyway.

I hate the sound of it ringing, and I hate vibrate mode even more, so most of the time I’ve carried a phone, it’s been completely muted. I check it when I think of it, and that’s been a much better way for me to relate to a cell phone. In the last six months, there’ve only been three times when having a cell phone would’ve been convenient. I’ve also noticed, however, that some of my friends, especially some of my younger friends, are less inclined to get in touch now that they can’t text me. Texting has clearly superseded phone conversation, although verbal communication is often more efficient. I find tech services in Canada outrageously priced for the use I get out of them, so I’ve also enjoyed the savings.

This less-tech experiment also caused me to ponder my relationship with cell phones, as well as when and why that relationship started. After about three months without, I remembered that I got my first cell phone when my Dad was dying. I was freelancing and often out of reach of my home phone, but I knew that at some point I’d get a call and that I’d need to get somewhere. A cell phone made a lot of sense for the kind of urgency I was experiencing. I kept it through my Mum’s similar fate. And then I had it, so I kept it. But now I’ve realized that because my introduction to cell phones was surrounded by anxiety and hypervigilance, these emotions have impacted my relationship with this technology.

I think it’s good to have taken a break, and to have figured out why I have tended to relate cell phones with anxiety. I have some travel coming up, and it’s now assumed that everybody travels with a phone, in part so airlines can inform you of delays, you can change or make last-minute bookings, and so you can show e-Tickets. (I once saw a woman arrive late at her boarding gate suddenly discover that she didn’t have her e-Ticket because she’d left her phone at security. I wouldn’t have pegged her as someone who could run that fast, but she made it, thanks to a short flight delay.) So I’m beginning to move in the direction of reinstating my cell phone, but with a shifted awareness that will hopefully make my new experience a little less stressful. 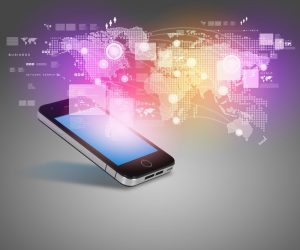 1 thought on “My Less-tech Experiment”